Experience is lot better ways to learn things than listening to someone tell you what to do. We have travelled the world and don’t for a second think are experts at traveling, but we have come to some myths about traveling. Here in this article, we have listed some of those myths and state why they don’t hold weight to the argument.

People keep saying that you should book tickets for your trip months in advance to ensure that you get the best deals. The notion held weight in the early 2000s and has since died off. The argument was that the earlier you book, the better the deals were and the more money you saved in the process. Studies have shown that it doesn’t make a difference if you book flight tickets 6 months in advance or 6 weeks in advance and that booking six to seven weeks in advance gets you the best deals. The simple reason being that airlines are trying to fill the seats and will offer the best deals possible, thus making it the best period to book flight tickets. The fact of the matter is that there is enough supply to match the demand and thus it makes sense to book late than to book early at standard prices.

The age-old belief that you know the back of your hand better than anyone else is sadly a myth that needs to be thrown out the window. If you want to find a cool joint to hang out or find the best hotel to stay it; it doesn’t make sense anymore to ask a local. Think of it like this, do you know every great place in your hometown, you possibly won’t know all the places to visit nor the best prices at the top of your mind. The best way to get information on the best deals is to ask other tourists or refer to the internet for any sort of help. If you still think locals do know more, then ask your hotel concierge or a local tour guide for more information. But a random person on the street is going to be as clueless as you about what place to go next. 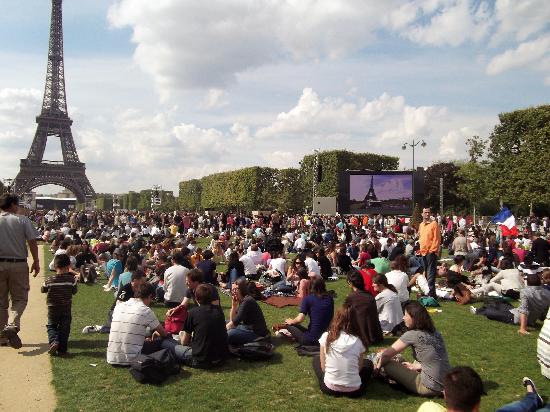 People have this misconception that reaching a spot early means you beat the crowd. What they don’t take into consideration is that almost everyone is going to think of that as well. So we suggest that you take your time and reach a location. What we are trying to say is that the Eye of London is always going to be crowded, regardless of when you arrive. Thus making no sense as to why you want to arrive early.